So much emphasis is placed on content-based standards, and the high stakes testing that accompanies them, it’s sometimes easy to miss the forest for the trees. In this course, nationally-known experts address the missing pieces – the 21st century skills students will need to survive and thrive in college, in careers, and as global citizens, now and in the very near future. This course features personal interviews with change leaders in the areas that most impact 21st century education:

The interviewees answer the intriguing questions that are commanding international attention and highlight the activities of schools taking the lead on these issues. Their interviews are accompanied by a collection of essays that summarize their work. A panel discussion provides practical tips for integrating technology and social media into the learning environment. And we visit a high school in New Jersey where digital devices are becoming an increasingly important part of the school day, with positive results.

What people are saying about this course.

"The KDS courses from PCG provide an option for my teachers and leadership team to access PD without leaving our school. The online format is convenient, and the online coaches and course materials keep the learning engaging. It gives my staff access to hear from industry leaders and directors, including the DuFours on PLCs." 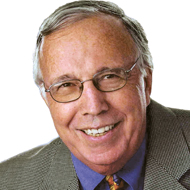 James Bellanca, MA, is internationally recognized as a practical 21st century skills and deeper learning innovator who provides educators with the how-to knowledge to make project- and problem-based learning ready to go on the next school day. He is a senior fellow with the Partnership for 21st Century Skills and editor of their innovative online P21Blogazine. He is the 2013 recipient of the Malcolm Knowles Award for lifetime contribution to the field of self-directed learning from the International Society for Self-Directed Learning.

Jim has worked with educational leaders in Chicago, Los Angeles, Cleveland, New York, Illinois, West Virginia, New Jersey, Michigan, Australia, New Zealand, Norway, and Israel. His specialty is the application of group investigation and inquiry models of learning as the primary methods for assisting school leaders and teachers adopt 21st century models of instruction. His aim is to assist school districts to design, implement, and assess programs that promote 21st century skills to increase academic performance among all children, including high-risk student populations. 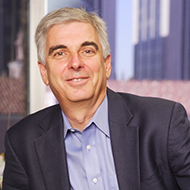 Ken co-founded the Partnership for 21st Century Skills in 2002 and served as its President for eight years. Prior to his work on 21st century education, Ken served as executive director of the CEO Forum on Education and Technology.

Ken spent 28 years in Washington, DC, where he gained a national reputation as a coalition builder on competitiveness. He founded a landmark coalition of US universities and high-tech companies focused on research and development issues, and was the founding Executive Director of the premier CEO advocacy group in the US computer industry.

Along with Valerie Greenhill, he has authored The Leader’s Guide to 21st Century Education: 7 Steps for Schools and Districts, released in summer 2012 by Pearson Education. Ken has also written the foreword to the book, “21st Century Skills: Rethinking How Students Learn.” Currently, he serves on the board of the Buck Institute for Education (www.bie.org).