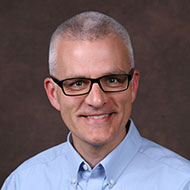 Rushton Hurley earned his B.A. in history and religion at Trinity University in San Antonio, Texas, and two master’s degrees, in education and East Asian studies, from Standard University, where his research included using speech recognition technology with beginning students of Japanese in computer-based role-playing scenarios for developing language skills. Hurley has been a Japanese language teacher, a principal of an online high school, a teacher trainer, an educational technology researcher, and a school reform consultant who has worked and studied on three continents. He is now director of an educational nonprofit called Next Vista for Learning, which he hopes may someday preclude ignorance. In the late 1990's his work with teenagers at a high school in San José led him to begin using Internet and video technologies to make learning more active and engaged, helping him reach students who had struggled under more traditional approaches.

In addition to his regular work, he devotes time to the community as a Rotarian and in Santa Clara's international exchange efforts. In early 2005, he was awarded the Baha'I Unity of Humanity Award in San Antonio, Texas, for his work developing online and international programs for at-risk students.